These are the people that keep us running. A member of the 1980 Olympic Team, Peter has an extensive resume when it comes to running. He was a Canadian national champion in the outdoor 5,000 metres and 10,000 metres, and still holds the 5th fastest marathon time by a Canadian. These days, Peter is still running strong – you can still still find him in the store on West 4th. Karen is an accomplished runner and a born-and-raised Vancouverite (which means she obviously doesn’t think twice about running in the rain). She used to run for Simon Fraser University, and holds a 3 hour marathon time. Still an avid runner today, Karen keeps her passion for the sport alive. She is a cornerstone of the Forerunners community.

Todd has been a member of the Forerunners Team since 1997 and currently co-owner of Forerunners Main Street. Ken was a long time clinic leader at Forerunners West 4th Avenue. An avid trail runner and ultra-marathoner, Ken developed a passion for running and all things related. His background was primarily in IT and technology – that is until he realized running was his true love. He now owns and operates the North Van Forerunners location. Jerry Ziak has been a competitive middle and long-distance runner since 1986. His passion for the sport began at the young age of 10 when he began competing on the track and over cross country in distances ranging from 800 meters to 5 km. Since then he has explored every distance up to the marathon at the national and international level and continues to compete as a masters (over 40) runner in cross country and on the road. He is an owner of Forerunners North Shore and enjoys coaching runners of all abilities. His particular passion is the discovery and practice of training techniques and daily behaviours that allow us to continue moving youthfully as we age. 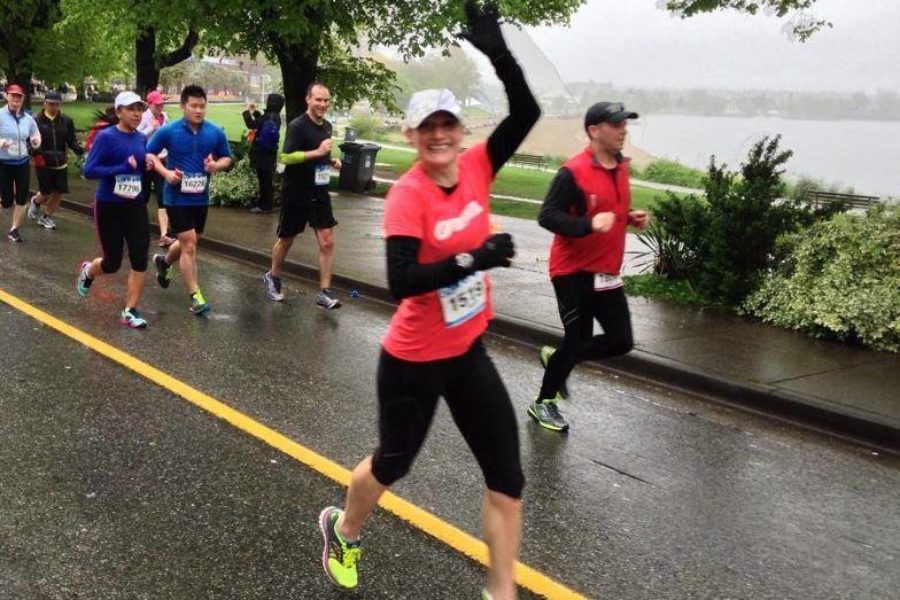 Mary has been a part of the Forerunners family for 9 years now.  She currently is the manager of Forerunners North Shore. Read more of Mary’s story here. Arthur is a pillar of the Vancouver running community. His enthusiasm is infectious. His smile is memorable. A two time Olympian, Art represented his country in Los Angeles in 1984 and again in Seoul in 1988. He is a wealth of knowledge and experience.  Ask him anything running – even trivia – and Art will have an answer for you! Kevin O’Connor: a lifetime runner with elite standing in cross country, road, and track over distances of 5km, 10km, 1/2 and full marathons holding several Canada and BC age group records. Kevin trained as an elite athlete with VFAC for many years before taking on a coaching role with the club in 2020. Kevin is a certified “NCCP Level II club coached trained” and began his coaching career in 2012, training small groups of athletes and individuals while continuing his own high level athletic training and working full time in a demanding industry. Kevin has a great reputation in Canada and the local running community as well as many connections in the UK where he grew up and began his racing career at the young age of 11.  Kevin’s training philosophy is “train hard but smart and recover well“. Lissa is a long-distance runner based in Vancouver, BC. She actively trains and races competitively. Lissa is a member of the Vancouver Falcons Athletic Club, and formerly of UBC Varsity Cross Country & Track. Lissa’s favourite race distance is the marathon, where her personal best is 2:42. Lissa is passionate about running and achieving her goals, and she strives to share her enthusiasm with others in the running community.

Your next training partner.